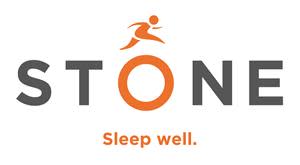 TORONTO, June 20, 2022 (GLOBE NEWSWIRE) — Stone Investment Group Limited (“SIG” or the “Corporation“) announced today that the Corporation has obtained a final court order (the “Final Order”) from the Ontario Superior Court of Justice (Commercial List) approving the previously announced plan of arrangement (the “Plan of Arrangement”) under the Canada Business Corporations Act.

The Plan of Arrangement described in the Corporation’s management information circular dated May 18, 2022, provides for, among other things, a transaction pursuant to an arrangement agreement dated April 7, 2022 (the “Arrangement Agreement“) between the Corporation, Stone-SIG Acquisition Limited, 13613429 Canada Inc., Starlight Investments Capital LP and 13909841 Canada Inc.

As previously announced, the Plan of Arrangement was approved by shareholders of the Corporation at its annual and special meeting of shareholders held on June 15, 2022.

Copies of the Arrangement Agreement and the Plan of Arrangement are available on the Corporation’s SEDAR profile at www.sedar.com.

Certain information contained in this press release may contain forward looking statements within the meaning of applicable securities laws. The use of any of the words “continue”, “plan”, “propose”, “would”, “will”, “believe”, “expect”, “position”, “anticipate”, “improve”, “enhance” and similar expressions are intended to identify forward-looking statements. More particularly and without limitation, this document contains forward-looking statements concerning: key terms of the Plan of Arrangement and the effect of its implementation on Shareholders and the Corporation; the acquisition of the Corporation by Starlight Capital; the expected process for and timing of implementing the Plan of Arrangement; the completion of the Plan of Arrangement, including with respect to obtaining any necessary approvals and satisfying any conditions and the expected timing thereof.

Events or circumstances may cause actual results to differ materially from those predicted, as a result of the risk factors set out and other known and unknown risks, uncertainties, and other factors, many of which are beyond the control of SIG. In addition, forward looking statements or information are based on a number of factors and assumptions which have been used to develop such statements and information but which may prove to be incorrect and which have been used to develop such statements and information in order to provide stakeholders with a more complete perspective on SIG’s future operations. Such information may prove to be incorrect and readers are cautioned that the information may not be appropriate for other purposes. Although the Corporation believes that the expectations reflected in such forward-looking statements or information are reasonable, undue reliance should not be placed on forward looking statements because the Corporation can give no assurance that such expectations will prove to be correct. In addition to other factors and assumptions which may be identified herein, assumptions have been made regarding, among other things: the impact of competition and the general stability of the economic and political environment in which SIG operates. Readers are cautioned that the foregoing list is not exhaustive of all factors and assumptions which have been used. As a consequence, actual results may differ materially from those anticipated in the forward-looking statements. Furthermore, the forward-looking statements contained herein are made as at the date hereof and SIG does not undertake any obligation to update publicly or to revise any of the included forward looking statements, whether as a result of new information, future events or otherwise, except as may be required by applicable securities laws.

Consider Your Talents And Hobbies